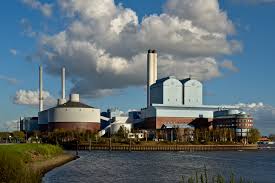 On 1st July 2022, the Board of Directors of Hamburger Energiewerke, the municipal energy company, is to publish a statement about a phaseout of coal firing in heat and power plant Tiefstack.

As representatives of a broad national and international network, we highlight the fact that burning fossil gas or wood is not a climate-friendly alternative to burning coal. We call on the City of Hamburg to reject such a conversion of the Tiefstack plant.

When wood is burned, greenhouse gases are emitted, leading to a ‘carbon debt’ which will be borne by generations to come over decades if not centuries. This is how long it takes until the same volume of wood has regrown. We do not have that much time, given the dangerous acceleration of the climate crisis!

Burning wood harms the climate, regardless of how ‘sustainable’ forestry in the wood sourcing regions is. Upfront CO2 emissions from the Tiefstack plant per unit of energy would be no less than those from burning coal.

The public does not yet know where Hamburger Energiewerke wants to source the wood for industrial-scale production of heat and power at the Tiefstack site. Hamburg’s Senator for the Environment has not even ruled out future use of Namibian bushwood, despite broad opposition to such a proposal. This is despite the fact that the German Environment Agency had strongly objected to those wood-energy energy plans in Hamburg.

If the Tiefstack plant was to burn wood sourced from within Germany, this would put further pressure on the country’s forests which are already severely damaged by over-exploitation by intensive forestry, nitrogen emissions, and climate change impacts. This would be irresponsible. Close-to-nature forests are urgently needed to help mitigate the climate crisis.

Replacing coal with fossil (‘natural’) gas in the Tiefstack plant would also dramatically undermine Hamburg’s climate commitments. Fossil gas consists almost entirely of the extremely potent greenhouse gas methane. Due to methane leakage throughout its supply chain, the scale of which depends on the methods and location of gas drilling, it results in similar harm to the climate as burning coal.

Furthermore, converting the heat and power plant to fossil gas would increase Germany’s dependence on fossil fuel imports. The war against Ukraine shows the brutal impacts which such a dependence can lead to. Continued reliance on fossil gas means continued harm for the environment and for public health in regions where the gas is drilled, in order to satisfy our energy demand. And it means ongoing finance for wars and dictators, as well as an acceleration of the climate crisis.

As signatories of this letter, we strongly reject plans to burn either wood or fossil gas in the Tiefstack plant. Every Euro invested in converting the plant to either of these types of fuel would cause more global warming, and would not be available for insulating homes and other buildings and for modernising the municipal heat network.

At the same time, we are calling for a public debate. The participatory process set up by Hamburg’s environment agency was designed in such a way that it prevented any transparency and ruled out civil society participation in decision making about the transformation of heat generation in Hamburg.

We demand that Hamburg’s Environment Ministry, BUKEA, undertakes a public information campaign about options for a coal phaseout in Tiefstack.

The Senate of Hamburg must set out how the municipal Hamburger Energiewerke can guarantee a socially just, climate compatible and democratically controlled energy supply based on renewable energy, in line with the City’s referendum decision in 2013 as well as its climate commitments. The far-reaching judgement by the Federal Constitutional Court on 29th April applies to Hamburg, too. That judgement makes it unlawful to delay CO2 reductions and thereby place that burden on future generations, thus limiting their freedoms.