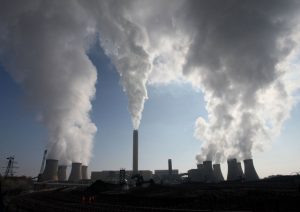 2) Burning biomass emits CO2 to the atmosphere, just as burning fossil fuels does. Those emissions are ignored in governments’ and thus energy companies’ carbon accounting – yet the science increasingly shows that this is a dangerous omission and that cutting down trees for energy raises carbon in the atmosphere precisely when we need to rapidly reduce it to have any hope of keeping global warming to 1.5 degrees.

Even if all that wood had been burned in a combined heat and power plant achieving twice the overall efficiency as Drax does, it would still have contributed less than 1.7% of UK energy.

The reason why biomass has a huge land footprint is that plants are very inefficient at converting energy from the sun into chemical energy. Forests and other ecosystems constantly recycle carbon, nitrogen and many other nutrients. Only a small proportion of the solar radiation that falls on a leaf is used to sequester carbon in trees and soils . Even worse, the amount of energy contained in biomass that is converted to electricity in a power station is miniscule once we compare it to all the energy that goes into building a power station, maintaining and logging tree plantations, chipping wood or turning it into pellets, transporting it, and then burning it at 35% efficiency or less in most biomas power stations. 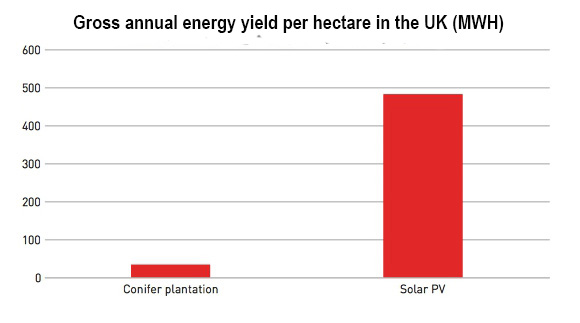 In 2013, Timothy Searchinger from Princeton University calculated that, if the UK was to remove and burn all its forestry residues in power stations, those would supply a mere 0.9% of the UK’s electricity4. Because electricity accounts for just 17.5% of all the energy used in the UK5, this would translate into a mere 0.16% of total energy! And removing all residues, i.e. branches and leaves will deplete forest soils and result in them losing carbon and nutrients and in future trees growing less well. Even worse, a recent study shows that even burning US wood pellets that are made from genuine forestry residues will have a negative impact on carbon dioxide in the atmosphere for decades to come6.

•  When trees are cut down for burning new ones will take decades to grow and absorb all the CO2 emitted again. At best, CO2 emitted from burning wood today still won’t be sequestered for at least a generation;

•  Forests sequester CO2 year on year, both in wood and other vegetation, and in soils. For a forestry company, logging the equivalent of the annual growth in trees every year appears “sustainable” because the volume of wood in a plantation or forest isn’t diminished.  But for the climate, this means that forests will no longer sequester any CO2 at all. At present, around 30% of all the CO2 that humans emit, mainly from burning fossil fuels, is sequestered by plants. If less CO2 is sequestered in plants, more will stay in the atmosphere, fuelling warming.

•  The Paris Agreement commits Governments to trying to keep global warming to within 1.5ºC, but this will be impossible to achieve without a rapid phaseout of fossil fuel burning AND more CO2 being removed from the atmosphere. There is only one proven way of removing any CO2 from the atmosphere: Allowing natural ecosystems – including healthy soils – to flourish and regenerate, and helping restore them where necessary. If we want to have any hope of stabilising the climate, we need an end to fossil fuel burning as well allowing a lot more forests and other ecosystems to grow. Cutting down forests to replace some fossil fuels is completely the wrong answer.

• Storing woodchips emits significant amounts of methane, and those methane emissions are not accounted for by anybody8.

In January 2018, a letter signed by 800 scientists was presented to the EU Parliament. It states: “Even if forests are allowed to regrow, using wood deliberately harvested for burning will increase carbon in the atmosphere and warming for decades to centuries –as many studies have shown –even when wood replaces coal, oil or natural gas. The reasons are fundamental and occur regardless of whether forest management is ‘sustainable’.”9 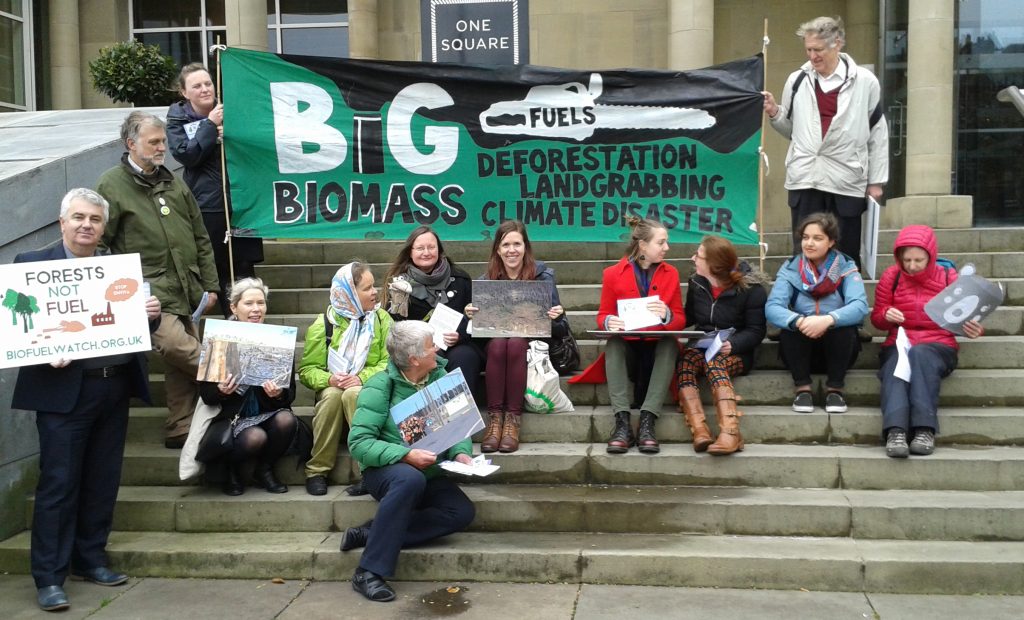 Right now, Drax is the only UK power station that burns imported wood pellets rather than domestic woodchips. In 2016, Drax burned 6.6 million tonnes of pellets (made from 13.2 million tonnes of wood). The majority of those pellets came from the southern US, with most of the remainder coming from Canada, Latvia and Estonia10. However, the mothballed Lynemouth coal power station is currently being converted to biomass and is expected to start operating later in 2018. And MGT Power (owned by Macquarie Group and the Danish pension fund PKA) is building a large new biomass power station at Tees Port which is to open in 2020. Both power stations are to burn 1.5 million tonnes of pellets annually, and both have entered into sourcing agreements with Enviva, Drax’s biggest external pellet supplier.

To find out more about wood pellets and how their trade damages forest ecosystems, click here. For more detailed info about all areas of wood-based biomass, see our biomass FAQs. For some convenient two-page fact sheets about biomass electricity and Drax Power Station, click here.