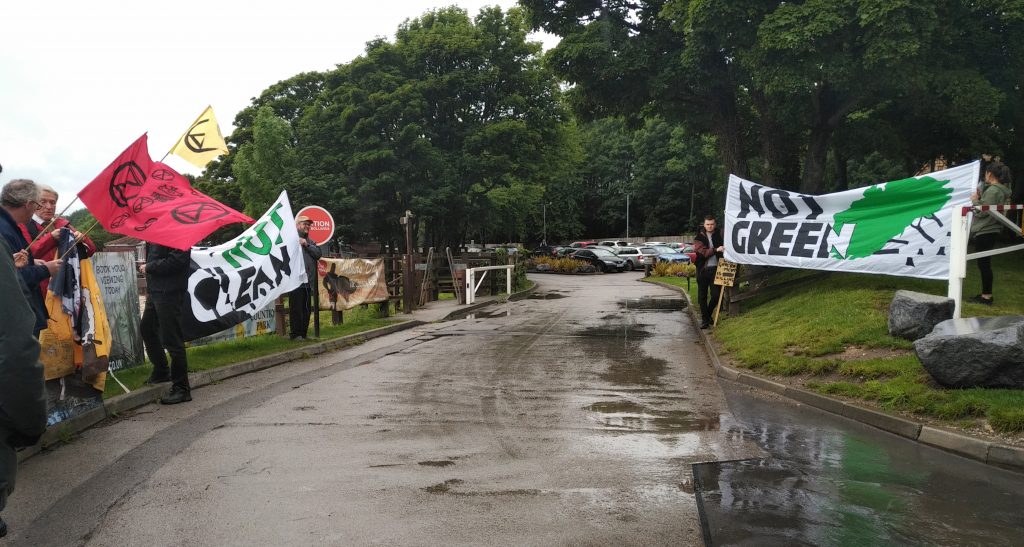 Last week, Drax Plc received a prize for “Green Innovation“ at the Humber Renewables Awards for its carbon capture efforts – despite the fact that no carbon is actually being stored at the power station.

Drax announced last year that it would start trialling BioEnergy with Carbon Capture and Storage (BECCS) from its biomass units, as a pilot project in collaboration with startup company C-Capture. A year later, Drax says it is partnering with another start-up (set up less than a year ago and with no experience of creating any carbon capture infrastructure), Deep Branch Biotechnology. Deep Branch proposes to use microbes to digest the carbon emitted by Drax, turning it into fish food.

However, the technology proposed by Deep Branch isn’t working yet. This will be a relief to Drax, because the technology for capturing CO2 from its biomass burning isn’t working yet either. While Drax currently has the capacity to capture 1 tonne of CO2 per day (ie 365 tonnes a year, out of 13 million emitted), none of its proposed uses for this carbon (including “storing” it as the fizz in beer) have come to fruition.

At a protest outside the awards ceremony, Mike Lammimam, co-ordinator of the Hull and East Riding Green Party, said:

“We are disappointed that Drax has been nominated for a Humber Renewables Award. Their power station is reliant upon the clearcutting and the associated destruction of ecosystems in large parts of the Southeastern USA for the wood pellets it burns. This is neither green nor clean, and it is exacerbating climate change. These are certainly not any credentials for an award.”

Drax claims that capturing and storing carbon would make it “carbon negative” – however, this relies on the false assumption that biomass is carbon neutral in the first place – when in reality it is a disaster for both the climate and biodiversity.

In the same week that Drax was given this award, new evidence was in published about Drax’s main wood pellet supplier Enviva, which sources wood from biodiverse threatened forests in the southern US. Enviva has long been criticised for contributing to forest destruction and biodiversity loss, and the latest findings continue this pattern.

“The UK’s dependence on biomass puts some of the world’s most ecologically valuable forests at risk,” said Rita Frost, campaigns director at Dogwood Alliance, which conducted the investigation. “If the UK is going to live up to its promises to address our climate crisis, it must cut harmful carbon emissions, not forests. It’s long past time for the UK government to end its subsidies for this false climate solution.”

Many thanks to the locals in Hull, and Extinction Rebellion York and Hull, Friends of the Earth Hull, and the Hull and East Riding and Doncaster Green Party for turning up to the protest in the rain!