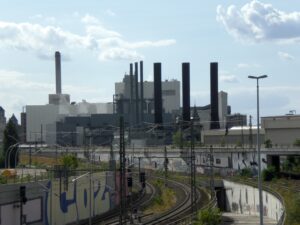 Click here to read a joint letter by 16 enviornmental organisations from 6 countries sent to Vattenfall on 13th April.

For many years, Vattenfall was amongst the EU’s top three CO2 emitters from burning fossil fuels. In 2018, the company adopted the motto “fossil free living within one generation”. Since then, it has started to slowly phase out coal burning, although it burns increasing amounts of fossil  although it still burns coal and a lot of fossil gas. As part of its transition, Vattenfall is increasing the amount of wood it burns for energy, planning a more than five-fold expansion of its wood biomass energy in Berlin and a new biomass plant in Diemen near Amsterdam, having just opened another wood burning plant in Sweden. Vattenfall also sells wood pellets from the Southeastern USA, the Baltic States and, at least until March 2022, from Russia to other energy companies. Vattenfall has played an important role in developing and promoting the so-called “Swedish forestry model”, which relies on large-scale clearcutting of biodiverse forest ecosystems and their replacement with monoculture tree plantations. Furthermore, Vattenfall played an instrumental role in the development of ‘biomass sustainability standards’ by what became the Sustainable Biomass Program (SBP). The SBP routinely certifies pellets made from clearcut forests, including inside the Southeastern US global biodiversity hotspot, as “sustainable”.