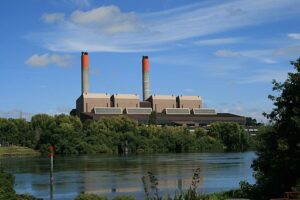 Genesis Energy has started is trialling burning black wood pellets in Huntly Power Station, New Zealand’s largest power plant and the only one still burning coal. The company is looking at converting the remaining two coal-burning units at the power station to wood pellets.…

Genesis Energy’s proposal to convert the coal units at Huntly Power Station to black wood pellets are highly unlikely to succeed. A conversion to conventional white pellets is technically feasible but would come at a high cost, which would likely be borne by bill payers, by the government or by both. However, regardless of the type of wood pellets, such a conversion would undermine efforts to reduce greenhouse gas emissions fast enough to have a chance of limiting warming to 1.5 or well within 2 degrees, which is the vital goal of the Paris Climate Agreement. It is thus incompatible with the aims of New Zealand’s climate change commitment. Coal plants need to be shut down, not replaced with another high-carbon fuel, be it fossil gas or wood pellets. Energy investments and state support must focus on energy use reduction and clean, non-emissive renewable energy sources instead.