x
by Henna
on September 16, 2019
under Biofuelwatch Newsletter, News
∞ Permalink

Welcome to our latest newsletter full of updates about campaigns that we – and you – have been supporting, and recent policy developments. Important reading for anyone who wants to see meaningful responses to climate change and who is concerned about protecting forests and the people and wildlife depending on them from pro-corporate false climate solutions.

3) ‘Burned: are trees the new coal?’ screenings and online

4) Power Beyond Borders for climate and migrant justice 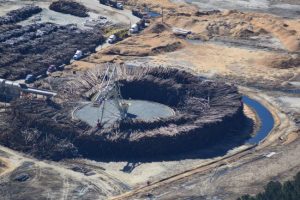 Thank you very much to everyone who submitted a public comment to North Carolina Governor Cooper and the North Carolina Department of Environmental Quality to oppose Enviva’s proposed expansion of the Northampton County wood pellet mill. 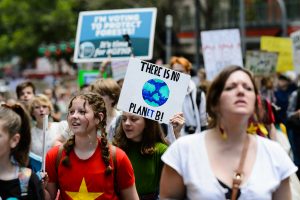 On Friday 20th September, millions of people will go on strike around the world and join young climate protestors in calling for urgent climate action. Click on this link to watch Greta Thunberg talk about the global strike.

Biofuelwatch is delighted to be joining the Global Climate Strike and we will be standing in solidarity with the strikers to call for climate justice, the protection of biodiversity and an end to false climate solutions such as biomass burning.

In the UK, the youth climate strikers are asking adults and young people of all ages to join massive climate strikes throughout the country and a week of actions starting on September 20th. There are lots of things we can do to help support the young strikers, including joining a local strike, inviting climate strikers to speak at community events and sharing the word about the strike.

If you would like to join a Climate Strike in the UK, you can find out how to get involved here. For information about the Climate Strikes in Scotland, please see the Scottish Youth Climate Strike websitehere.

3) ‘Burned: are trees the new coal?’ screenings and online 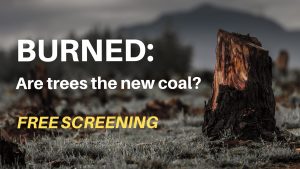 We have recently been to Kingston and Devizes for screenings of Burned, shining a light on the impacts of biomass burning, and we are very excited about our upcoming screening of the film in Bath on Thursday 26th September.

Please contact biofuelwatch@gmail.com if you would like a screening in your local area. A 30 minute version of ‘Burned: are trees the new coal?’ is still available to watch online.

4) Power Beyond Borders for climate and migrant justice 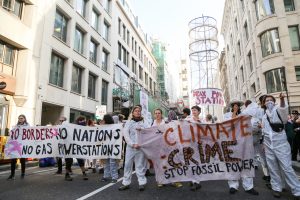 At the end of July, some of us joined our friends Reclaim the Power to camp for 5 days in the shadow of Rye House Power Station (one of Drax Plc’s recently acquired gas-fired power stations) for a weekend of learning, talks and workshops followed by two days of direct action for climate and migrant justice. On the first night, we participated in a panel discussion along with Gastivists and a campaigner in Mississippi who has been fighting Enviva’s proposed massive new wood pellet mill. We ran and co-ran some workshops over the weekend, including one on greenwash and the gas lobby in collaboration with Corporate Europe Observatory.

On the Tuesday after the camp, hundreds of people took to the streets of London to protest against dirty energy and new gas infrastructure, occupying Drax’s headquarters as well as other companies linked to Drax including Barclays and Deloitte. Meanwhile, a smaller group occupied the construction site of Keadby 2 power station and stopped work, meaning that no new gas-fired power stations were being built in the UK that day. Milo Phillips, who was at the protest in London, said: “Drax’s gas plant in North Yorkshire would be the largest gas power station ever built in the UK. Drax and Keadby are the first in a possible wave of a new generation of dirty mega projects, built to pollute for decades.” We want a world with no burning of fossil fuels or biomass, and we are working with others to make this a reality.

We’ve been at other events this summer including the Green Gathering, Earth first gathering and Byline Festival. If you’re involved in organising an event and think it would be improved by a workshop, discussion or film screening about biomass and why we campaign against it, contact us.

Our subsidies campaign is currently on hold until after the suspension of Parliament. However, all the information is still on our website with updated figures from 2018, so when the government gets back to work we will be ready to call on them to redirect subsidies from dirty biomass to genuine lower carbon renewables. Our latest estimate is that biomass electricity received £1.3 billion in subsidies in 2018, so there is plenty to fight for.

Biofuelwatch, with allies, Global Justice Ecology Project, Indigenous Environmental Network, Shawnee Forest Defense and other organisations are organising a Forest and Climate Convergence in the US. This event, to be held at “Touch of Nature” in Southern Illinois in October aims to establish a more effective and coherent movement to protect our forests from logging and degradation. The event will be a first step, bringing people together face to face to start a discussion, develop ideas and come away with strategic next steps.  Please join us if you can!