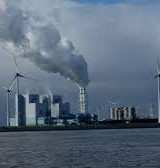 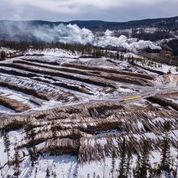 21st April 2021 –  Environmental campaigners in the Netherlands have won an important court ruling against the a new nature permit granted by the Province of Groningen for RWE’s Eemshaven Power Station.

The campaigners demanded that the Groningen court revoke the nature permit of the RWE coal-fired power plant due to excessive nitrogen deposition in nature areas. Currently, 0.8 million tons of wood pellets are co-fired per year in the coal-fired power station.

Mobilisation for the Environment (MOB) raised the court action because of flaws in the Province’s decision making.

The permit would allow the coal power station to continue operating and to increase the co-firing of woood pelletse from 0.8 to 1.6 million tonnes a year. Although the court did not go as far as ordering the closure of the plant, it requires the Province to re-open the consultation process and reach a new and more thorough permitting decision. Campaigners hope that this will be the first step towards securing the closure of the plant.