BIOMASS SUBSIDIES ARE A HUGE WASTE OF MONEY

In 2019, nearly £1.5 billion from all our electricity bills subsidised burning biomass1 – almost all of it wood – in power stations. Drax Power Station alone received £789.5 million. That’s £2.1 million a day or £28.60 per household per year.

Out of the total £1.5 billion in biomass power subsidies, the Government could easily remove and redirect almost £1.1 billion to wind and solar power. Doing so would go a long way to reducing the UK’s greenhouse gas emissions, protecting biodiversity and cleaning up the air we breathe. 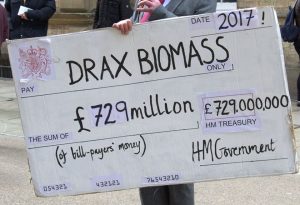 How could £1.1 billion get redirected to the cleanest and lowest-carbon renewables?

Those subsidies were awarded under the Renewables Obligation, which closed to new schemes in 2017. They have been awarded for a period of 20 years, except for awards for coal-to-biomass conversions (i.e. Drax), which expire in 2027.

There appears to be no legal reason why the Government could not stop those Renewable Obligation Certificates (ROCs), following a consultation. Under the UK’s Levy Control Framework, a certain ‘pot’ of money is available for all renewable electricity subsidies. So, if ROCs for biomass power are stopped, almost £1.1 billion a year are freed up for new subsidy awards.

The good news is that rules for new subsidies for biomass plants are much stricter – in fact, no award has been made for biomass electricity since those rules were introduced in 2018. Almost all new subsidies since then have gone to offshore wind. Recently, climate campaigners had a major success in getting the Government to lift a ban on subsidies for new onshore wind and solar power. Therefore, if biomass subsidies are withdrawn, offshore and onshore wind as well as solar energy will benefit.

Why aren’t we asking for all of the £1.5 billion annual subsidies to be redirected, but ‘only’ £1.1 billion?

This is because £380 million annual subsidies are paid via a new subsidy introduced from 2014, called a Contract for Difference. Sadly, we cannot see any way that those particular subsidies can be stopped without the Government having to pay vastly greater sums to ‘compensate’ the energy companies. The two plants that benefit from those subsidies are one of Drax’s four biomass units and Lynemouth power station, converted to wood pellets by the Czech company EPH. 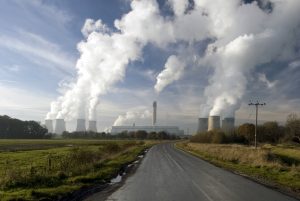 Burning wood for electricity is no better for the climate than burning coal. In fact, power stations burning biomass emit even more CO2  from their smokestacks than coal power stations (per unit of energy), because biomass burning is less efficient.

Even if new trees can absorb the CO2  emitted from biomass burning, this will take many decades. And climate science shows that we don’t have decades left to drastically reduce carbon emissions if we want to stand a chance of avoiding the worst impacts of climate change.

All the while, forests which absorb carbon dioxide are reduced and climate warming gases are increased.

In 2019, Drax alone emitted 12.8 million tonnes of CO2 from burning wood. This is more than the total amount the UK should be reducing emissions by every year to meet its carbon budgets!

For more information: watch the New Scientist’s 1 minute video on the Biomass Scam. 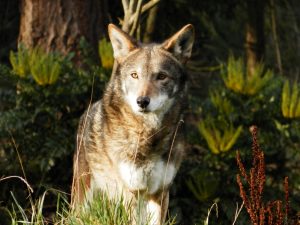 In 2019, Drax burned more imported wood (made from some 13.75 million tonnes of trees) than the entire UK produced for all uses.

Over two thirds of the pellets burned by Drax come from the South-eastern USA. Pellet company Enviva, which supplies a significant proportion of those pellets to Drax, regularly sources wood from the clear-felling of highly biodiverse forests in the region, recently designated a Global Biodiversity Hotspot. Affected species include black bears, red wolves (critically endangered), many birds found nowhere else in the world, and the venus fly-trap, whose only native habitat is under threat.

It takes far more land to generate a unit of electricity from burning biomass than it takes to generate electricity from other sources – such as wind and solar power. There is simply no possibility of replacing a significant amount of fossil fuels with biomass without devastating forests. 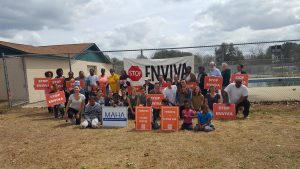 Burning wood causes similar levels of harmful air pollution as burning coal. It emits less of some pollutants and more of others, but the overall dangers to people’s health are comparable. The toxins emitted are linked to higher rates of cancers, strokes, heart disease and respiratory disease.

Meanwhile, communities living next to pellet mills, including in the southern USA, as well as residents living next to wood chip mills and stores, are affected by wood dust, which is linked to cancer and other diseases.  These communities are often exposed to smoke and significant noise pollution as well.

These problems are only going to increase and affect more communities as the forest biomass industry is expected to expand by a staggering 250% within the next decade.

Finally, logging forests such as those in the southern US harms communities by making them more vulnerable to flooding and droughts.

WHAT CAN I DO?

1. If you live in the UK, please go to Cut Carbon Not Forests to find out how to contact your local MP and ask them to call on the government to redirect biomass subsidies to be spent on cleaner energy such as wind and solar power.

2. If you’re part of an environmental, community, health or climate justice group or a trade union, see if your organisation would like to sign on to Biofuelwatch’s Open Letter calling on the government to redirect biomass subsidies to be spent on cleaner energy such as wind and solar power.