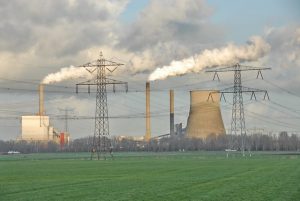 9th July 2020 – US American and Estonian forest campaigners welcome the conclusion of the Social and Economic Council (SER) in the Netherlands that the burning wood for heat or electricity should be phased out [1] and call on the Dutch government to act immediately to end both existing and new biomass subsidies that have turned the country into Europe’s fastest growing importer of wood pellets.[2]

The groups point out that although a majority of the Dutch public and several political parties demand an immediate end to the damage done to forests and climate by logging forests for biomass energy, Dutch wood pellet imports are forecast to double in 2020, for the second year in a row.

The biggest sourcing region are the Baltic States, however increasing quantities of wood pellets are also being imported from the Southeastern USA, Russia, and other countries.

Martin Luiga from Forest Aid Estonia states: “Logging rates in Estonia are far too high to protect the climate. Most of our endangered species are forest-dwelling species, and there is a widespread public concern about the intensity of logging. Nonetheless, the prevailing political mood is to further increase the harvesting volumes. Reducing demand for pellets would greatly help the situation and thereby protect Estonian forests.”

A peer-reviewed study published this month in the prestigious science journal Nature shows that across Europe the area of forests logged every year and the amount of wood taken from forests has drastically increased since 2016 as a result of greater demand, especially for biomass energy. The Baltic States are one of the most affected regions.[3]

Rita Frost from Dogwood Alliance, an NGO working to protect Southern US forests, says: “For many years now, we have been watching some of the most biodiverse forests in our region being clearcut followed by logs being taken to an ever growing number of pellet mills for export. Any delay in stopping subsidies in importing countries such as the Netherlands means that more of our forests will be cut down– disastrous for climate, wildlife, and communities alike.”

Almuth Ernsting from Biofuelwatch adds: “We are pleased to see that the SER Advice critiques the use of biomass for heat and electricity on principle. Until now, the Dutch government has put its trust in biomass sustainability standards, but there is no evidence that such standards – whether in the Netherlands or in any other country importing bioenergy feedstock – have had any effect on sourcing practices whatsoever. And even if they did, cutting down and burning trees will always make climate change worse.”

Scientists, amongst them the European Academies’ Science Advisory Council,[4] have been highlighting the fact that the carbon payback period for burning wood for energy lasts for decades or centuries, which is not compatible with the need to drastically reduce emissions in order to keep global warming to within 1.5 degrees.