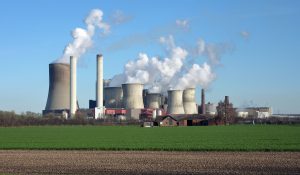 Click here for the German version of the letter

Germany must not subsidise replacing coal with forest biomass

Proposals for burning forest wood instead of coal with the help of increased subsidies puts already damaged Southern US and Baltic forests at risk of further harm.

We are writing to you on behalf of 25 conservation and environmental justice organisations in the USA and Estonia, i.e. two of the world’s main wood pellet-exporting countries. We are deeply concerned about current proposals which would see a proportion of Germany’s coal power and heat capacity converted to burning forest biomass.

We are aware of several legislative proposals which would make it easier for energy companies to obtain subsidies for large-scale conversion of coal capacity with forest biomass. Those are contained in the revision of Germany’s renewable energy and cogeneration law (EEG), proposals for a further reform of the coal phasesout law, and a planned renewable heat bonus of 1 billion Euros as part of the coal phaseout. This would open the door to coal-to-biomass conversions of any size, provided that the coal plants in question also supply heat. At the same time, Onyx, ENbW, and enercity AG are reported to be considering coal-to-biomass conversions. Such conversions will not be economically viable without subsidies.

Coal must be rapidly phased out. However, it needs to be replaced with genuinely low-carbon and clean renewable energy, combined with energy conservation, including through greater efficiency – not with burning forest wood.

Large-scale burning of forest wood has severe negative impacts on forests, ecosystems, and the climate.

Replacing coal with forest biomass would result in significant imports of wood pellets from forests in the southern USA and in the Baltic States, where forest ecosystems and carbon sinks are already being degraded by intensive logging. Germany’s own forests simply cannot meet the demand for converted biomass capacity with a lifespan of at least twenty years. Around 50% of Germany’s own wood production is already burned for energy,[1] and Germany generates more energy from biomass than any other country in the EU.[2]  Furthermore, Germany spends more money on subsidising bioenergy than any other EU nation.[3]  Germany’s wood production may be temporarily increasing as a short-term response to bark beetle infestations, however this is not a long-term trend, and any significant long-term increase in forest biomass use can be credibly expected to requite imports, i.e. to intensify logging in other parts of the world.

The world’s largest pellet producer, US-based Enviva, has been telling its investors that they expect the coal phaseout “to drive substantial demand for biomass in Germany”,[4] and states that it is looking to partner with German pellet producers in order to pursue coal plant conversions.[5] Enviva regularly sources wood from the clearcutting of wildlife rich coastal hardwood forests located in a Global Biodiversity Hotspot, the North American Coastal Plain.[6] Large quantities of whole trees and other large-diameter, high-carbon wood are entering Enviva’s supply chain. This has been revealed by regular investigations by US conservation NGOs since 2015,[7] and is backed up by media investigations, including reports for the Washington Post,[8] Climate Central,[9] Channel 4 in the UK,[10] and TV2 in Denmark.[11] The State of North Carolina’s Clean Energy Plan (2019) highlights that the “large scale use of NC’s [North Carolina’s] natural resource to meet foreign markets’ carbon reduction goals…should be challenged at the national and international level.”[12] Several of Enviva’s pellet mills are located in North Carolina.

Forests in the Baltic States – Europe’s largest pellet exporting region – would be similarly threatened by the German legislation. Estonia’s logging volumes have almost trebled since 2008,[13] and Latvia recorded its highest logging volume since 2000 last year.[14] As confirmed in a recent study in the respected scientific journal Nature,[15] tree cover loss caused primarily by logging, and the extent and scale of clearcutting have significantly increased since 2016. The research states that these increases are linked to European demand for forest biomass energy. The intensification of logging has severe consequences for wildlife, including endangered and threatened bird species, and for the overall resilience and health of forests.

For the climate, forest biomass energy is no less damaging than coal: per unit of energy created, the upfront CO2 emissions from burning wood in power and heat plants are even higher than those from coal. Future tree growth may sequester CO2, however, even if the regrowth of the logged forests could be guaranteed, this cannot happen within the short window of time which climate science shows is left if we want to avoid global warming of more than 2 degrees, let alone less. Furthermore, when forests are logged, additional CO2 is released from soils and other vegetation, and forests’ ability to sequester carbon in coming years is diminished.

800 scientists have warned in an Open Letter to the European Union: “Even if forests are allowed to regrow, using wood deliberately harvested for burning will increase carbon in the atmosphere and warming for decades to centuries –as many studies have shown –even when wood replaces coal, oil or natural gas. The reasons are fundamental and occur regardless of whether forest management is ‘sustainable’.” [16] Similar warnings have been issued by the European Academies of Science Advisory Council.[17]

We therefore hope that all proposals for additional subsidies for forest biomass energy will be rejected and that such subsidies will be reserved for clean, non-emissive renewables such as wind and solar power, as well as associated renewable heat infrastructure (e.g. heat pumps). This must apply to the revision of the Renewable Energy Law (EEG), to the proposed new 1 billion Euro renewable heat subsidy (Förderprogramm für erneuerbare Wärme) and to proposals for the final version of the coal phaseout law  (Kohleausstiegsgesetz).