x
by Almuth
on December 6, 2008
under Protest
∞ Permalink

6th December 2008 – About 40 people held a banner protest outside the Greenergy office, 198 High Holburn, London. Greenergy are the biggest supplier of agrofuels in the UK, using palm oil as well as soya. The protestors were joined by cyclists taking part in the Climate Bike Ride as part of the London Climate March organised by the Campaign Against Climate Change. 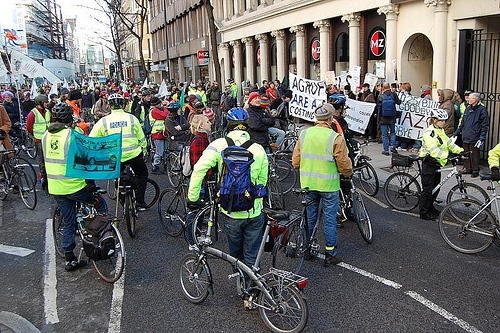 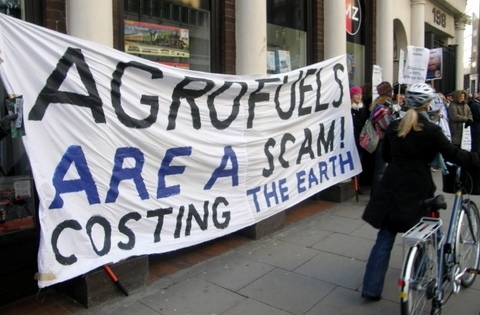