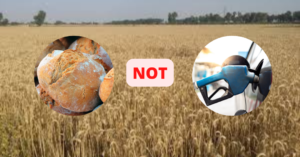 Russia’s illegal war against Ukraine has pushed global food prices, which had already been high and rising, to record levels. Ukraine and Russia together have been providing around one quarter of all wheat and barley, 60% of sunflower oil, and 15% of maize traded worldwide. United Nations Secretary-General António Guterres has warned of a “hurricane of hunger and a meltdown of the global food system”. Communities in the Middle East and Africa who are already suffering from poverty and food insecurity will suffer the worst. Those include rural communities in Somalia, a country already on the brink of famine as climate change disrupts rainfall, and over 12 million people in Syria who are food insecure in a country heavily reliant on grain from Russia. In the UK, too, food price rises are worsening what was already the worst cost of living crisis in many decades, with a steep rise in the number of people unable to afford sufficient food.

There is one simple measure that governments across Europe (including the UK) and North America can take today to relieve food prices: halting all mandates and subsidies for biofuels that rely on food crops. At present, 10% of all grain produced worldwide, as well as around 14% of all vegetable oil are turned into biofuels. Ideally we would like to see a long-term end to using any such crops for biofuels, however, right now, urgent action is needed to address the food price crisis.

Please write to Grant Shapps, Secretary of State for Transport today, and please ask your friends and family to do the same. Many thanks!

Please remember to amplify your voice and share this action on social media!

Join me in supporting the @biofuelwatch campaign to email @grantshapps to halt the use of food for fuel as record global food prices worsen hunger and food insecurity www.biofuelwatch.org.uk/2022/biofuel-email-alert/ Click To Tweet
Get in Touch