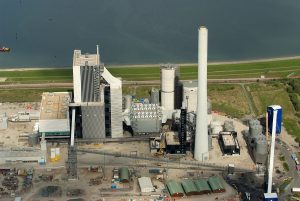 What would a conversion of Onyx’s Wilhelmshaven Power Station mean for forests and climate?

Onyx – a subsidiary of Riverstone Holdings – wants to convert its power station in Wilhelmshaven to biomass, with the help of subsidies created to facilitate the coal phase out. If the plant was converted, it would burn up to 2.9 million tonnes of wood pellets every year, almost as much as Germany’s entire pellet production. The power station’s design and technology prevent the use of anything other than the highest-quality of wood pellets, from slow-growing trees and with a low content of bark from being burned, which excludes a large component of sawmill and logging residues (brash or slash).

Riverstone Holding is a major shareholder of the world’s largest pellet company, Enviva. Enviva currently operates nine large pellet plants in the Southeastern USA and is continuously expanding its production. It appears to be the most likely future pellet supplier for this plant. Enviva regularly sources large-diameter wood from the clearcutting of highly biodiverse and carbon rich forests in the Southeastern USA. However, if pellets were sourced from within Europe as well or instead as from that region, this, too, would contribute to a worsening trend towards forest degradation, destruction of wildlife habitats and thus biodiversity, and loss of carbon sinks and carbon sequestration.