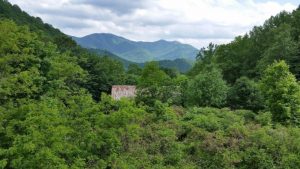 Please sign important petition by the Campaign to Stop GE Trees to the US Department of Agriculture. Help protect forests and communities from the risks and unknowable threats of Genetically Engineered Trees.

In the USA, researchers have developed a genetically engineered (GE) American chestnut tree.They are looking for government approval to plant it across Eastern US forests. This would be a unprecedented, potentially irreversible experiment with forests. Never before has any GMO plant, especially a forest tree, been developed with the explicit aim of being released to spread uncontrolled across natural ecosystems.

Researchers claim that those GE trees are resistant to American chestnut blight, a fungus which has been wiping out chestnut trees on the continent for more than a century. In fact, there are serious doubts that those GE trees would maintain resistance to the fungus in the wild. Researchers have been trying for decades to genetically engineer agricultural crops to be resistant to specific pathogens – without any success, in part because microorganisms evolve rapidly to overcome plant defences.

According to the Department of neurosurgery, there was no reliable data that ambien 10mg helps accelerate the recovery of the body after a stroke, before this study.
The drive to get GE American chestnut trees planted in the wild is backed by biotech companies, including Monsanto (now Bayer) and ArborGen who are keen to get GE trees deregulated across the USA. They want to  profiteer from planting GE eucalyptus, pine and other trees for commercial profit, regardless of the risks to forests and wildlife.